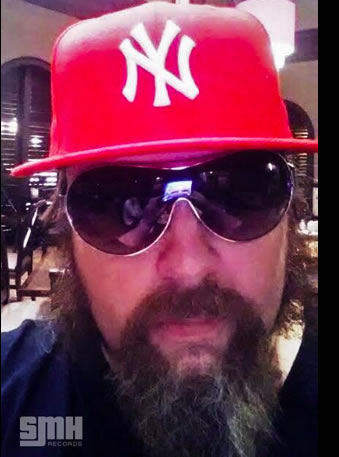 A video from the unknown band, Pink Grenade, for their song “Let’s Take it Naked,” was released on Monday with an extreme desperation to go viral. The desperation for the video to create controversary is part of publicist and producer Jonathan Hay’s plan to make his group, Pink Grenade, the most famous band on the planet by July 14th.

The song, produced by Hay and featuring vocals by Pink Grenade band member, Bim Fernandez, isn’t just a bad rendition of a song produced on a $25.00 dollar Casio keyboard, but it actually hurt my ears to listen to it.

The video, however, is another story and much, much worse. In this attempt to get ‘famous’, this video features a pregnant, Fernandez, snorting cocaine, drinking alcohol, cooking crystal meth, and playing Russian Roullette. It is a disturbing video to watch, and it screams of ‘please write about me, I need the attention,” the whole time that you watch it.

The entire video is a publicity stunt, but why am I falling for the bait if the song is terrible, and this Pink Grenade group just wants attention? Because I am very concerned on why an actor with the high profile of Jonny Depp would lend his name to such a publicity stunt?

After a quick google search on Pink Grenade, I was very shocked to see the following paragraph in their official press release for their upcoming album release:

“Iconic film star, Johnny Depp, has three appearances on Fear of a Pink Planet. However, Depp’s involvement will be publicly non-disclosed and kept as inside information only, to make sure that the fanbase of Pink Grenade is able to grow organically and is not overshadowed by Johnny Depp, the brand. The foundation of Pink Grenade will be built on the music and the story of the group, and not on the strength of Depp. That being said, word of his involvement will inevitably spread.”

It was very confusing to see an actor as high profile and successful as Mr. Depp taking part in something so low ball and sleazy. After more research on Pink Grenade and their label, SMH Records, it became apparent that Depp was apart of this project due to a a family member, William ‘Billy’ Rassell, Depp’s nephew and his involvement with the upstart label.

Jonny Depp’s official involvement with this project isn’t exactly clear, and it might just be a ploy to create even more attention by using the Johnny Depp Brand. Let us hope that Depp isn’t stooping to publicity stunts to sell an album, and let us hope that this is just a very bad publicity stunt being thrown by publicist, Jonathan Hay. Hay has a long history of unsuccessful to mildly successful publicity campaigns. The biggest claim to fame for Hay is his own false, tale of how he broke pop star, Rihanna, with a rumor.

You can see the video online, but I am not linking it as that seems is all Jonathan Hay and Pink Grenade want me to do.