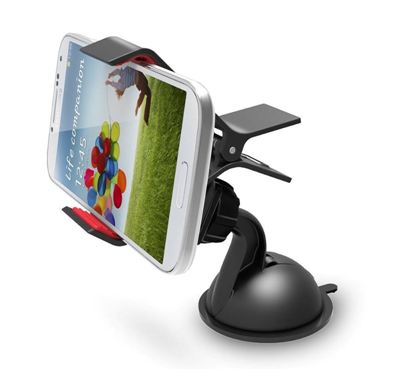 Recently a Wisconsin resident received a wake-up call as Representative Barca introduced new legislation to enact hands-free driving laws across the state. When asked why the bill was being worked for Rep. Barca said, “With today’s technology, we should be using technology to make us safer and that’s the idea behind the bill”. In this new movement to get Wisconsin residents handsfree on the road, Rep. Barca also said that, “The whole idea of this bill is not to go out and issue a lot of tickets, it’s to really change the habits of people”. Gmatrix, is maker of one of Amazon’s most popular car mount for mobile devices, including cell phones and GPS devices.

The company has recently gained a much valued reputation for stepping up to the plate and working with American citizens to help them comply with the various hands-free laws that are being enacted all over the country. From running campaigns to help entire families, as well as individual residents in particular states as hands-free laws are coming in effect.  Gmatrix has been proactively reaching out to people needing car mounts in order to comply with hands-free driving regulations, perhaps more than anyone else.In addition to the life saving company campaigns that the company has been running to educate and promote car mount use, Gmatrix car mounts have been moving extremely quickly on the commercial market, much due to their lightweight construction and ability to accommodate practically any mobile device, but also due to the company’s outstanding customer One Amazon customer recently said, “I bought this cell phone car mount because it was a great price and had great reviews. When I got it I was not clear how to put it up. I got in touch with Gmatrix and they went way beyond to help. Their customer service was outstanding. It turned out to be simple and I put it up in seconds once they told me what to do,” says Mary Louise Longoria, “Now I love it.”