“Interceptor use in the U.S. is much higher than people had anticipated,” Goldsmith says.  “One of our customers took a road trip from Florida to North Carolina and he found eight different interceptors on that trip.  We even found one at South Point Casino in Las Vegas.”

Seventeen mysterious cellphone towers have been found in America which look like ordinary towers, and can only be identified by a heavily customized handset built for Android security – but have a much more malicious purpose, according to Popular Science.

The fake ‘towers’ – computers which wirelessly attack cellphones via the “baseband” chips built to allow them to communicate with their networks, can eavesdrop and even install spyware, ESD claims. They are a known technology – but the surprise is that they are in active use.

The towers were found by users of the CryptoPhone 500, one of several ultra-secure handsets that have come to market in the last couple of years, after an executive noticed his handset was “leaking” data regularly. 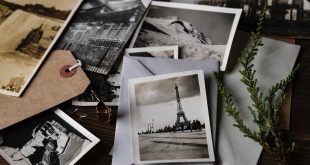 How to Make a Staggering Video Using Pictures in 4 Easy Steps?

Making a video with pictures can give a unique touch to your creation. Photos capture …