editor April 13, 2016 Sponsors Comments Off on Sarantos Continues Being a Day Dreamer and Releases a New Music Video

Great new video by Sarantos for “Dreamer.” The charity for this one is St Judes.

Sarantos Continues Being a Day Dreamer And Releases A New Music Video.

Has anyone ever had their dream come true? This music video is probably one that Sarantos is most proud of as it involves clouds, drones, green screens and is downright pretty cool especially because it is very relatable to the everyday person!

Sarantos feels like all of his dreams are coming true. Excluding instrumentals, this new rock song “Dreamer” achieved the best reviews to date. Sarantos is proud to preach to anyone who will listen. There is no reason to wait for fate or chance. Everyone should follow their dreams and see where they lead. This music video is essentially about a boy who finally reaches for the stars, and with a little help from up above, makes it to the dream girl. 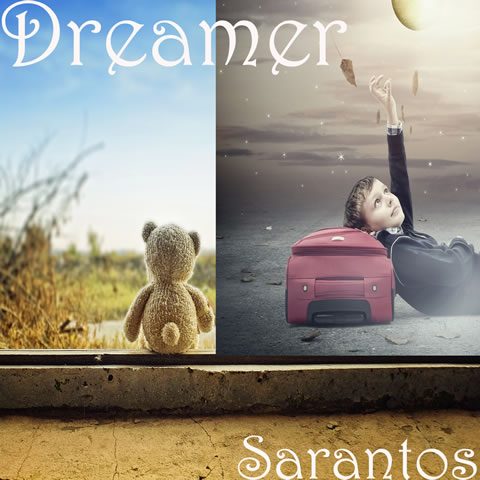 Sarantos continues releasing a new song and music video every month in 2016 as he unveils his highly anticipated 3rd album. This CD will expand on his unique signature style that merges 80s rock with modern pop rock music. Fans and fellow musicians marvel at his humble down-to-earth demeanor, his dedication to his mission and the wealth of free content that continues to drop every month along with his contributions to charity!

Since 2014, Sarantos has won over 25 awards with Akademia LA Music,
Beat 100 while also being nominated for the International Music & Entertainments Awards
and the Hollywood Songwriting Awards.

Sarantos currently has over 1.3M Social Media followers and is rated #2 on Reverbnation in the pop genre worldwide. Sarantos performed at the Toronto Music Festival in May to a sold out live audience. Sarantos music receives rave reviews every month and he relishes this chance to pursue his life-long dream.

Sarantos has always been inclined to help people in need and is proud to release his music every month as a way to donate a portion of proceeds to charity, hopefully inspiring other artists to do the same. His fans help him choose the charity each month. Just a few of the charities chosen so far include the American Cancer Society, American Lung Association, Make-a-Wish Foundation, American Heart Association, St Jude’s, American Red Cross, Salvation Army, Children’s Hospital of Chicago, Feed The Starving Children and many more.